The end is seriously nigh for Bridal Mask, I can feel it!  It’s always so exciting when a drama you don’t love ends, especially when you’re getting kind of disgusted with its hero.  This wasn’t even a bad penultimate episode, since stuff actually happened, and there was even kind of a cliffhanger ending, but still.  Come on Gaksital – let’s do this. 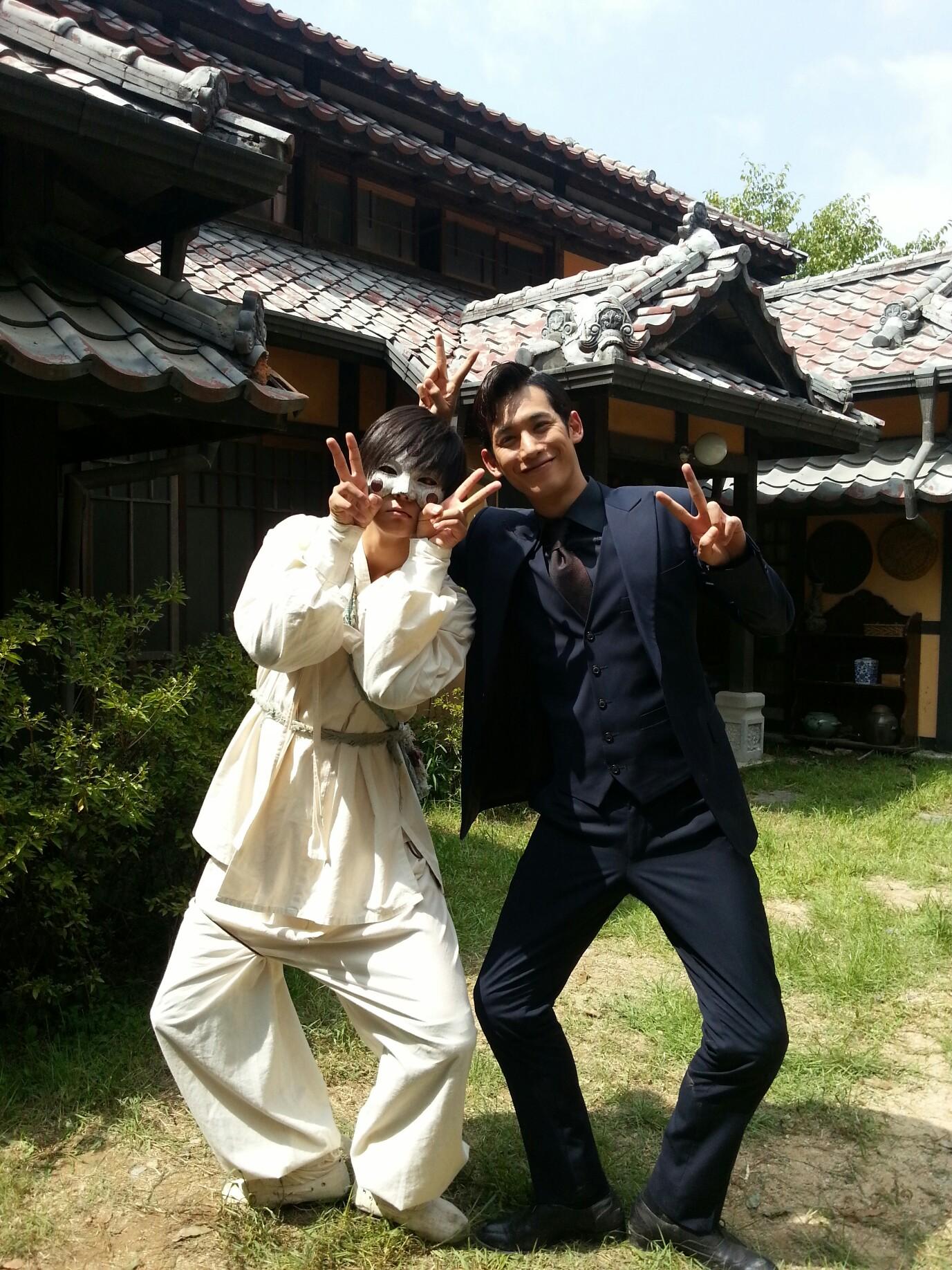 I know that Gaksital has killed, and will kill again before this drama is over, but I was a little surprised by how abruptly he sent Kimura into the next world.  Since this guy was more of the mastermind behind his father’s betrayal and murder, you’d think he would have gotten more self-righteous about the whole thing.  And I know there’s only one episode left, but you’d think that a semi-major player would get more of a send-off.  And points off to Gang To for insisting on using that stupid “disguised” voice even though everyone knows who he is now – that’s just embarrassing.  If his voice had been better, I would have applauded his dedication for staying in character, but no.  Or maybe that mask affects his speech, I can’t say.  Anyways, in a sick case of déjà vu, Shunji rushes in just after Gaksital has delivered his death-blow, no doubt reminding Shunji of his brother’s death.  The drawn out bout of fisticuffs they engaged in afterwards was inevitable, as was Gang To’s inability to kill his former best friend.  Will this prove his salvation, or bite him in the butt in the end?  We’ll have to wait for the next episode to find out.

After a busy day of killing inherited family enemies, Gang To returned to Camp Dong Jin where a beaming Mok Dan fed him just like a little wifey.  This whole Dong Jin camp thing is really bizarre, and not one of my more favorite storylines.  I’ve seen these kinds of pitched tent communes in tons of period pieces, but in this more modern-day context it’s just vaguely off-putting.  But weird living conditions weren’t going to stop true love – for Gang To still found time for kissy moments, and a proposal to Mok Dan with a flower ring.  I don’t hold it against Gang To for nearly ruining the moment by making sure that she said yes – I wasn’t too sure meself when she just stood there, smiling at him.  The preceding moment was much more entertaining, the one in which Gang To showed us that he was still the biggest playboy in Gyeongseong as he asked a giggling Seon Hwa to teach him how to make a flower ring.  The bad Joseon guy couldn’t take that scene, which goes to show that hero-worship has its limits.

But not everything was fun times, especially for Shunji and Rie who didn’t have the good fortune to live in that idyllic camp.  Shunji’s lost some of his steam, I think, though he’s as vocal as ever about stopping Gaksital, and getting Mok Dan – no, Esther back (it’s not just that this ship has sailed, but this ship was never there to begin with).  President Ueno had been worried that Shunji wouldn’t know how to deal with this death, so he said Shunji could kill his daughter as a way to relieve some of Shunji’s anger.  That’s just a sick combination of really twisted things.  Shunji “takes” Rie’s life, but not to kill her – he promises that he will let her run away.  I guess each of them has only one true love, so they would never get together, but they’ve been giving off a strong brother-sister vibe for a while, especially with how competitive they get with each other.  She is such a damaged and lost little girl that she actually goes back to her father, preferring to die by his hands.

And then there was a scene that was way more shocking than Kimura’s murder, or Gang To’s proposal.  Katsuyama hasn’t been getting much sleep, since he’s been focusing on watching out for Rie, so that might explain why he all of a sudden confessed his love for her.  When he asked her how could she not see his heart, I actually didn’t know where to look for a few seconds – just anywhere but at him, and his bleeding heart.

And she did know how he felt, but she told him that growing up stepped on by men since she was 9 made her crave a powerful man.  Gang To was a mistake, but whatever.  Why couldn’t Katsuyama tell her that by going after powerful men, she had gotten just as used, or even more so, than before?  I guess he saves up his speech quota for romantic things.  I wouldn’t mind if she ran away with Katsuyama, but I wonder if she’ll end up sacrificing herself for Gang To somehow, instead.  She’s already freaked out that Shunji wants to kill him and take Mok Dan, so who knows what she’ll do now.  I hope she’ll sign off doing something really awesome instead of just being killed by her father.

The rest of the episode headed towards the final showdown, once the Dong Jin Corp received an influx of student-soldier recruits – so now they have money, weapons, and people ready to die.  I had thought that Yang Baek objected to students being forced to fight at all instead of studying, but he seems totally fine with it so long as these kids are fighting for Joseon.  This was another instance of really sloppy storytelling, or else just really stupid characters. 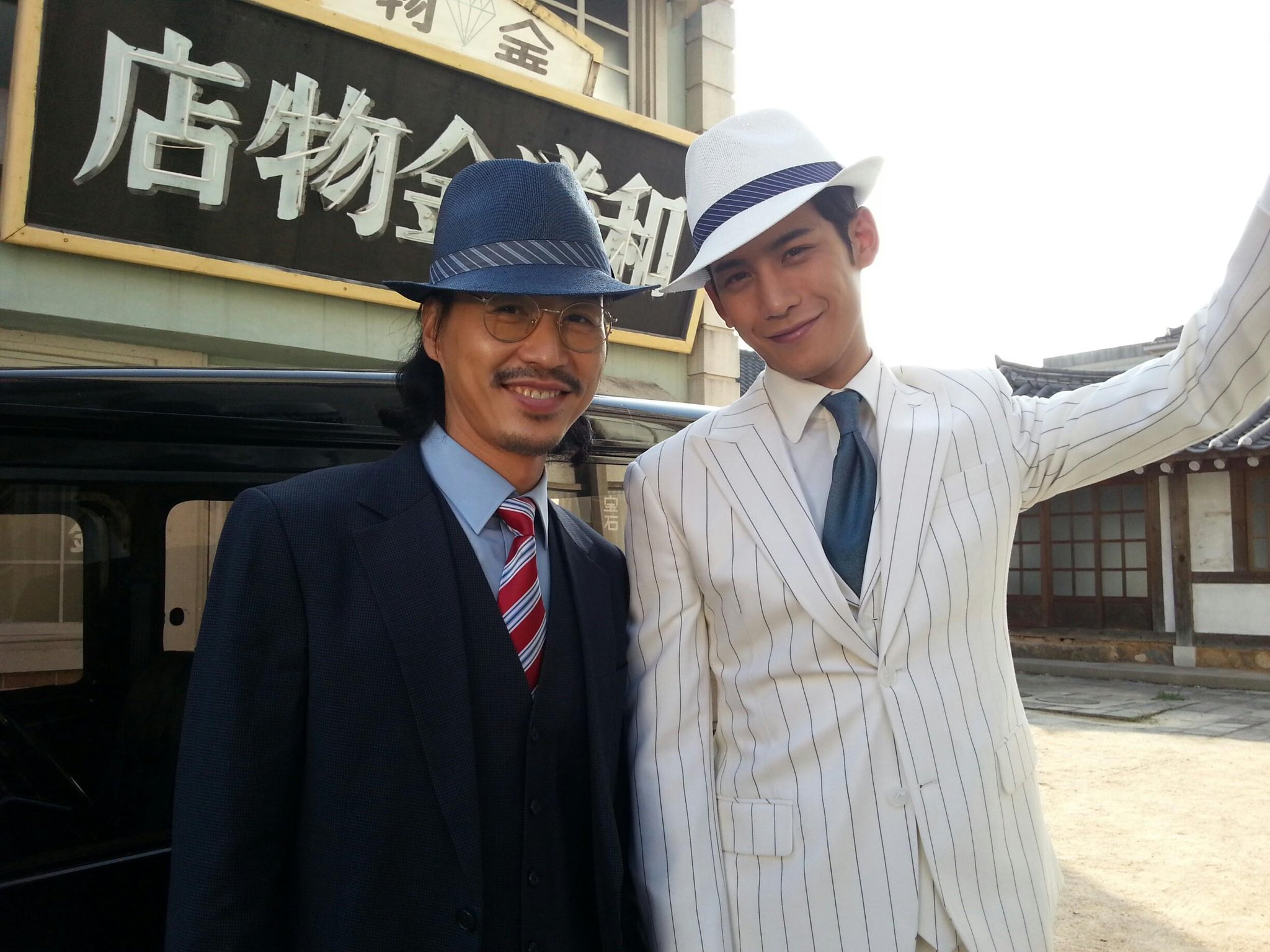 Mr. Song of the strange pama went into Gyeongseong in order to learn when those kids would be shipped off, and had to flee once the police caught sight of him.  Did he not think to mention this little run-in to anyone else?  And is no one keeping tabs in Gyeongseong anymore, who maybe could have told them that Tasha and Mr. Noh were interrogated?  I am so disappointed in Tasha for not telling someone that the police now knew what the Dong Jin Corp’s next target was.  Mr. Noh spilling after two or three measly whips was more understandable.  Not everyone is Gang To.  Or Mok Dan.

I also look down on Gaksital and Co. for not wondering why the extraction was so easy.  Hubris.  Wasn’t anyone even a little bit suspicious?  Especially since there were two police spies in their midst, looking all shifty-eyed, and refusing to partake in the communal bibimbap, which is always a sure sign of an evil person.  They deserved to have Shunji follow that trail of obvious breadcrumbs all the way to the hideout, just in time for him to crash the wedding.  It’s fitting that the drama ends with a wedding, though I wish Gang To and Mok Dan didn’t look so much like a couple going to prom.  That was really a dress you could only find in Shanghai?  I don’t think Shunji is going to be ok with this.  Not only will he definitely speak now, but also for-never hold his peace.

I’m also surprised they went for a Western wedding, since this drama has been all about Joseon pride.  I guess when the groom wears a bridal mask for a living, it’s best to distance the ceremony from those kinds of clothes – confusing!